The GD manual suggests lining the top of the pedal box up with the lip in the engine bay but I fitted mine about 15mm down, mainly incase my wife ever drives it!

I started by marking a horizontal line with a spirit level where GD recommend then measured down from there. The pedal box was then dissassembled so that I could more easily used the casting to mark the holes. The casting was offered up as far left as possible; making sure enough room was left for the left had nut, and one of lower bolt holes marked.

This first hole was drilled then the casting bolted in place, this allowed any fine tuning of level before the other holes were marked abd drilled. The casting was removed and the remainder of the holes drilled, I didn't have the right size holesaw for the master cylinders so these were cut small and opened out with die grinder.

The pedal box was reassembled and and the brake bias bar installed. I measured between the centres of the master cylinder holes which gave 62mm so the two clevis' were set 62mm apart and equidistant from the pivot. These will be set and locked later,  I'm just not quite sure by who!

Starting with the clutch cylinder the pedal box was bolted in place, the brake cylinders followed. The two brake cylinders are different sizes internally (0.70" and 0.75") so it's worth taking note of which one has been put where.  To get the right pedal height and clearance from the casting about 6mm was trimmed off the end of each brack cylinder thread. I then adjusted the clutch clevis to give a similar position to the brake pedal.

As I'm going to be using an LS engine I will be using the electronic throttle so a modified GM throttle pedal will be installed horizontally on the other side of the bulkhead. I am waiting for the postman to deliver a turnbuckle to finish this but it will mean taking the pedal box off again to drill the brake pedal arm as there's not enough room to get it off in situ.

The manual suggest placing the clutch and brake reservoirs in the engine bay and running hoses down to the master cylinders but to keep the engine bay uncluttered I'll install mine above the master cylinders. The clutch kit comes with two different reservoir sizes and various mounting options, I've placed the smaller one directly on top of the cylinder. I need to make a bracket to fix the brake reservoir to the bulkhead. 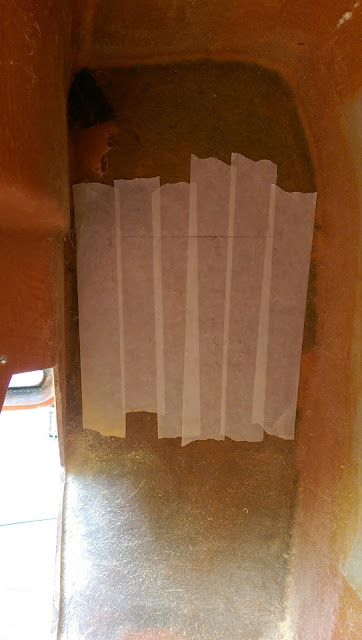 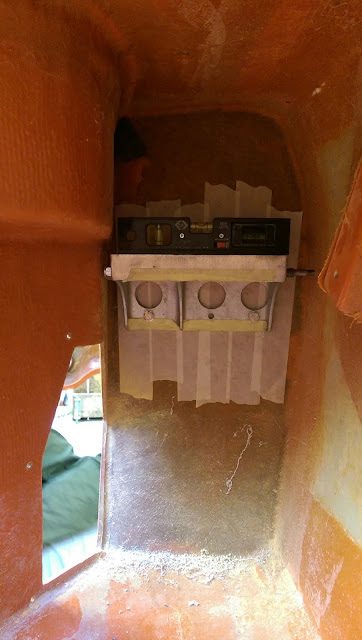 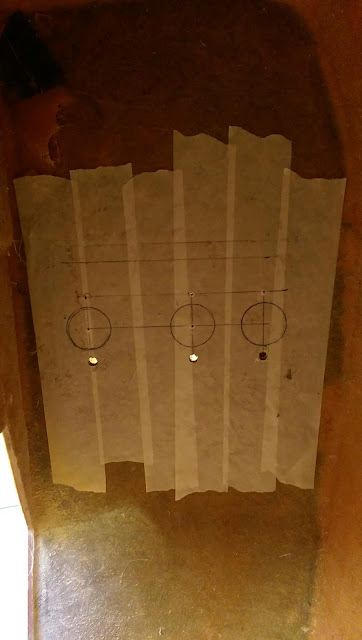 All holes marked reading for drilling 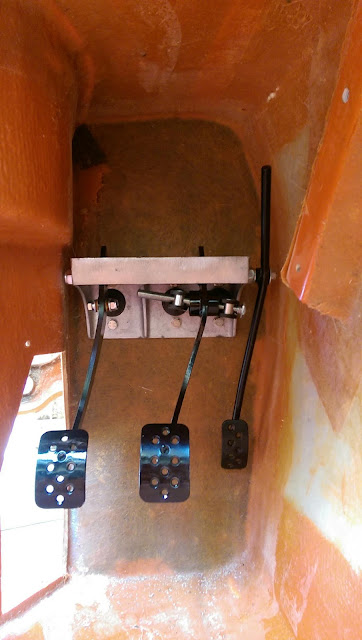 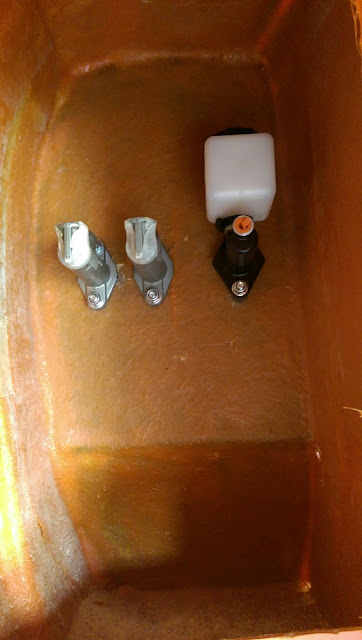 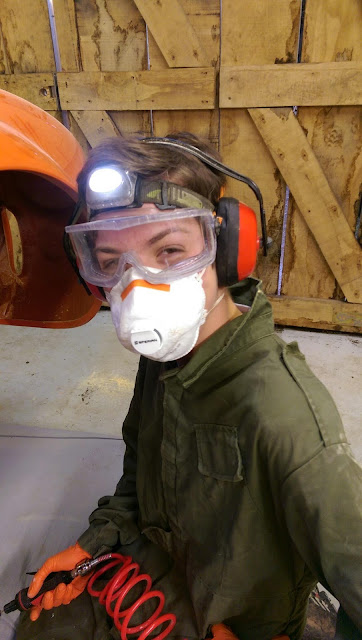 Safety first!
Posted by Unknown at 09:38