Now that the light plinths were polished I couldn't help but bolt some bits on the outside of the car.

This was a nice and simply job so took less than an hour to install the six small lights (2 x front indicators, 2 x rear indicators and 2 x rear stop/tail), the headlights haven't turned up yet so will be fitted later. I want to keep the car looking clean and simple on the outside so I bought smoked lens LED landrover defender lamps rather than the classic lucas style coloured ones.

The centres were predrilled from GD which I double checked were centred then marked the centre lines vertically and horizontally. The holes were then opened uo to 20mm to allow the plugs to fit through. I then positioned the lights so there was 10mm to the edge of the plinth around the edge then marked the mounting holes with a drill bit.

These were pilot drilled for the self tapper screws, these will be replaced with M4 stainless button heads and nyloc nuts when the post arrives. They will be wired uo when the loom goes in. 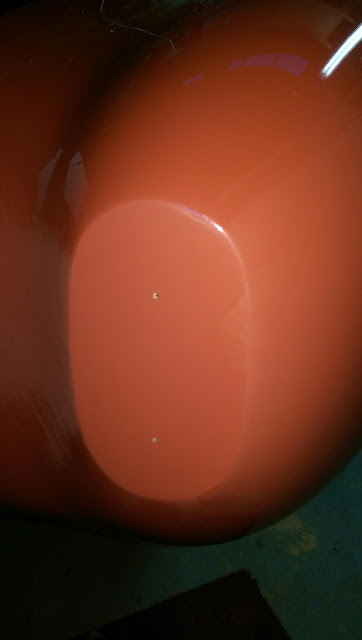 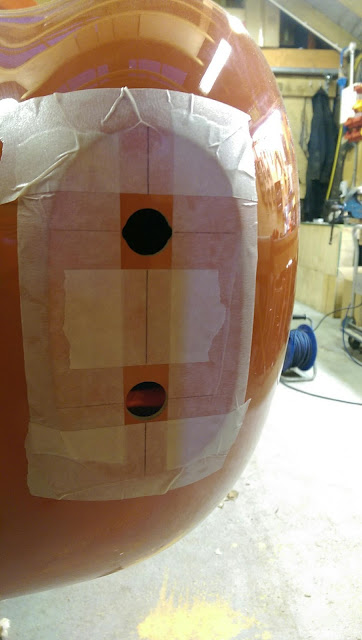 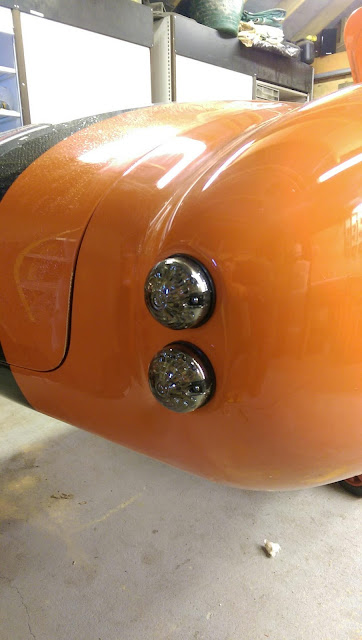 Close up of rear lights 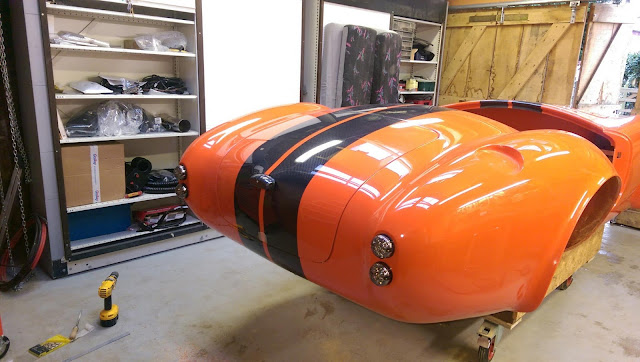 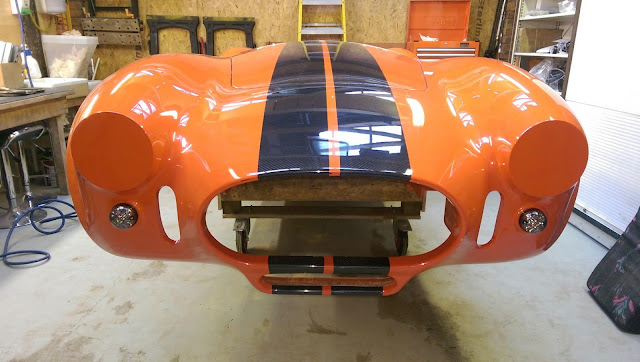 Front side lights fitted, headlights in the post.
Posted by Unknown at 08:51