After removing the worst of the flash lines all around with a Stanley blade, the rear offside quarter panel was sanded with P400, P800, P1200 and P2000 which left a matt finish.  At that point I had no polisher so I didn't want to di any more until that arrived and I proved to myself that it would polish up ok.

The polisher along with some G3 and G10 arrived so I set to it. Most people have said how much mess it makes, but after watching the 'how to' video on the Farecla website I didn't seem to have too much trouble. It basically says to dampen the mop (rather than wet it), apply a small amount of compound to the edge of the mop then spread it over the area to be polished. The key here is to do a small area at a time.

After the G3, the rear quarter panel looked much better so I continued on rubbing down the rest of the flash lines. I used plenty of water and a combination of a cork block and rubber block for the larger flatter areas and a piece of closed cell foam for the small awkwards areas, primarily around the doors.

Once finished with the wet and dry I washed everything down with clean water then out came the polisher and G3 again. I  have only polished the areas that were sanded as yet with G3, I will do the whole car again later.

I can't say I particularly enjoyed the process as it is slow and laborious so I tackled it in manageable chunks, interspersed with other more interesting bits. It is very rewarding though to see those lines disappear and the shine return.

There are quite a few gel repairs to be done but that will have to wait for another day... 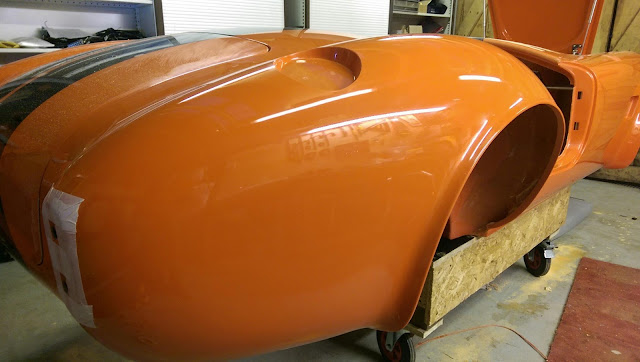 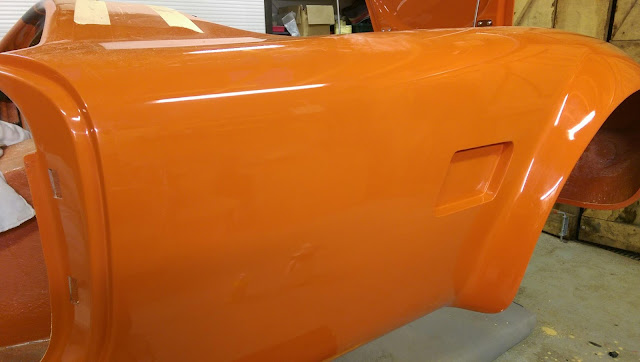