There are 4 captive threads on each side behind the front edge of the door opening for the hinge mounts. These holes were treated to a clean out, I couldn't get a tap in there so used an M6 bolt with a slot cut down the middle.

I then bolted the hinge plates on but didn't tighten fully yet. The top bolt on each side is a real pain to get at but persistence paid off in the end. There are pre-marked rectangles on the front of the door opening, these were drilled and opened out with a file. Be careful not to open these too much as they stop the front of the door striking the body.

Although the 4 hinge arms all look identical, they are marked LT (left top), LB (left bottom) etc so I fitted them in those positions. My fitting pack came with pins rather than bolts that the manual refers to, these just slot in from the top with a washer on each end and a spring pin in the bottom.

The door edges were treated to the same file action as the boit and bonnet, taking particular care across the top inside edge as this will ve visible.

I then drilled out the pre-marked areas for the door latches, I drilled them small and then adjusted with a file until the correct size. I also cut out a section where the door handle mounts, this was easier than just drilling 3 holes and will be covered up with the door card anyway.

Four holes were marked on each door for the hinges but I found these to be way out when offering the door up. I taped over them and remarked through the hinges whilst holding the door in situ, then drilled these out to 13mm initially although these needed adjusting to get the shut lines right.

You can now slide the intrusion bar in to the door, along with the remote door release mechanism. The door release arm connects to the latch with an M6 button head and nyloc nut, I didn't tighten this fully and put a bit if grease on the joint as this will move. The intrusion beam can now be extended and the latch bolted to it through the door skin. The remote release bolts to the intrusion beam tabs with M6 cap heads. Screw the striker pin in to the captive thread on the rear door return.

The door assembly can now be offered up to the body and the hinges bolted through the door skin in to the intrusion bar. I had to open these holes up in the skin to allow for more wiggle room so therre was a bit of door on, door off, door back on action to get it right.

The same was done for the opposite door, both will have to come back off for gel repairs and polishing. 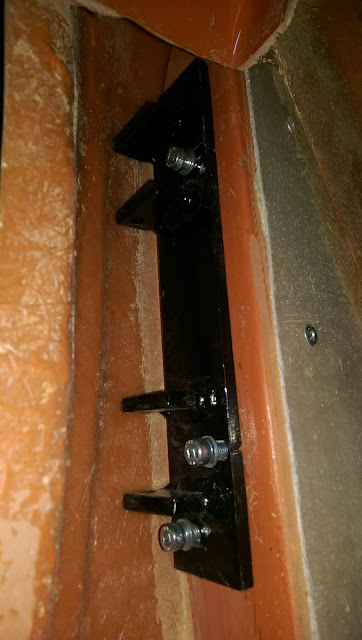 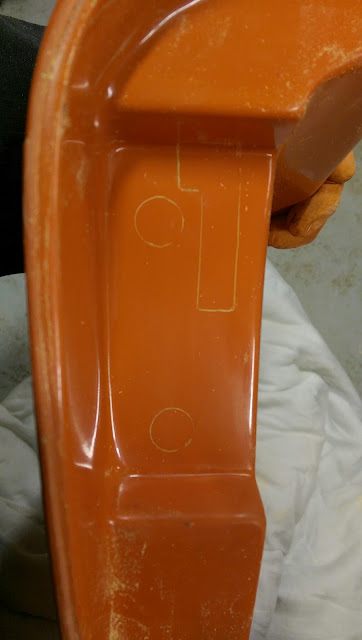 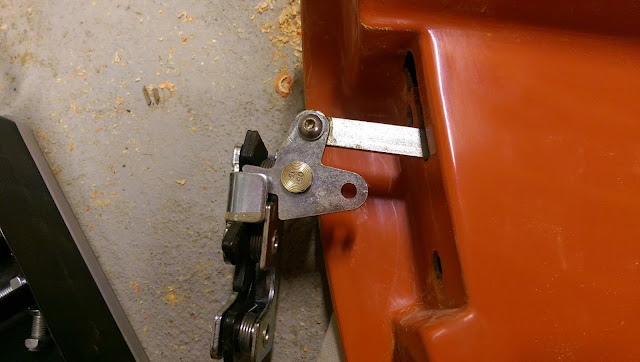 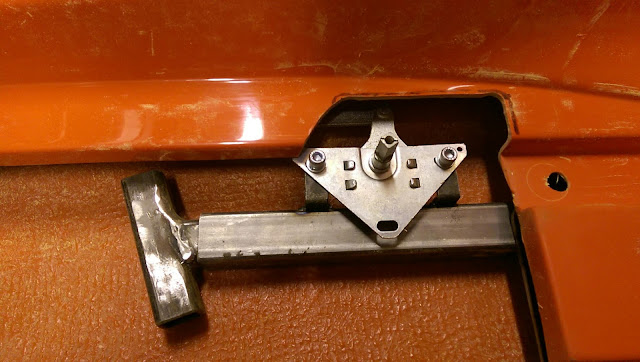 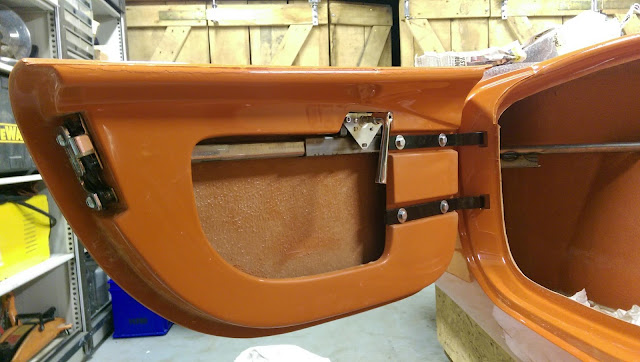 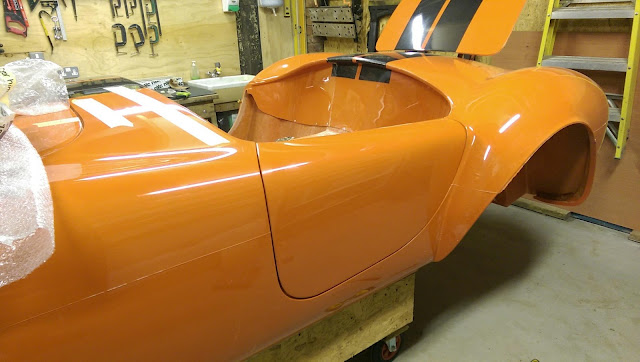 Not too shabby although my mate reckons it looks too orange with the doors on! Bit late for that.
Posted by Unknown at 14:47