The front loom has been a bit of a puzzle, especially within the cockpit area. I started by identifying and labelling the various parts of the loom using a combination of GDs wiring diagrams and the written instructions. Although this isn't difficult, it is time consuming but definitely time well spent and it certainly helped make sense of how it would be routed.

The standard GD method routes the front part of the loom out in to the engine bay through a 44mm grommet with the engine loom connectors, it then goes under the lip of the bonnet opening. I want to keep the engine bay as tidy as possible so I altered this slightly.

Within the cockpit the relays have been mounted upside down in the nearside footwell and the heater fan & battery cable fed through the same hole as the front part of the loom in to the nearside wheel arch compartment.

Grommets have been used where the loom passes through bulkheads and it's all held in place with P-clips. 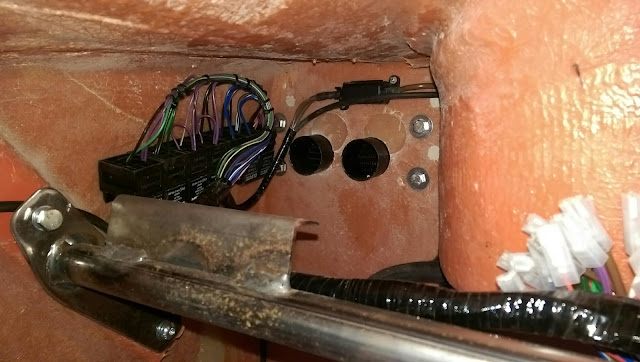 Relay block fitted with self tappers, just spotted that it's not level so adjustments necessary 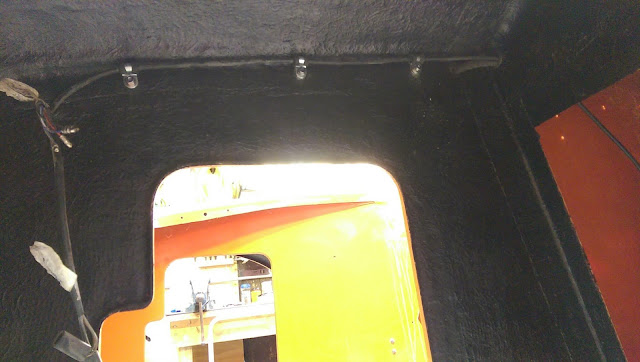 Nearside wheel arch. Head and side light cables to the left, side repeater cable going from left to right 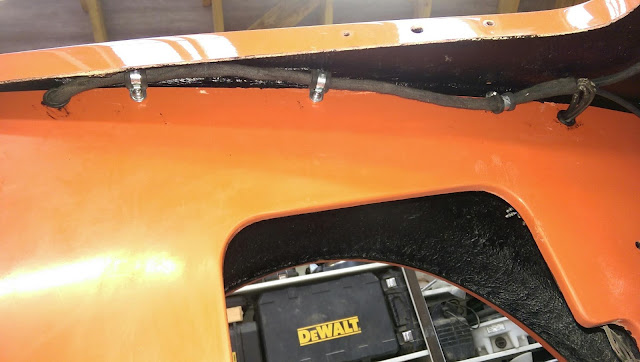 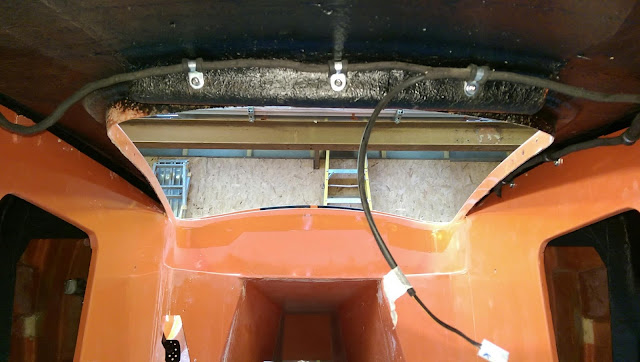 Loom across nose cone, the cable dangling down is for the radiator fan
Posted by Unknown at 20:12