The GM LS wiring loom I have comes with an electronic accelerator pedal but there isn't enough room to install it next to the pedal box so some creativity had to happen.

Andy from GD had mentioned something about mounting it on the other side and connecting it to the accelerator. I first cut the pedal off ensuring I left as much of the lever arm on as would fit within the wheel arch compartment to give the most amount of travel. I also had to modify the shape of it to allow the clevis to fit. It was then offered up, the holes marked and drilled in the bulkhead.

To remove the accelerator pedal I had to loosen all the pedal box mounting bolts which is easier said than done, but I manged it but putting one are through the footwell extension hole. Once removed a filed a couple of flats on the end pedal arm and drilled a 6.5mm hole for the clevis pin. The pedal was bolted back on but the 20mm hole I had drilled in the bulkhead for the turnbuckle wasn't quite right so this was extended down.

The turnbuckle I had was a little short so it was extended with some M6 threaded stainless rod an extension nut. It was then connected and adjusted so the accelerator pedal is the same height as the others.

I haven't ended up with quite as much travel as I'd hoped so I may have to move the turnbuckle fixing down the pedal arm later. 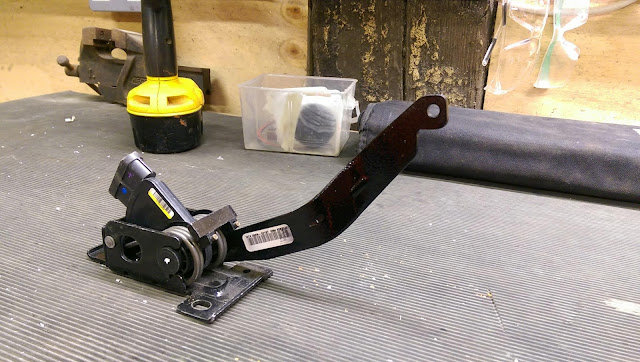 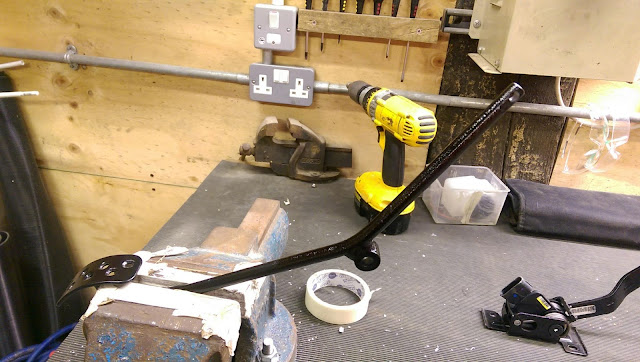 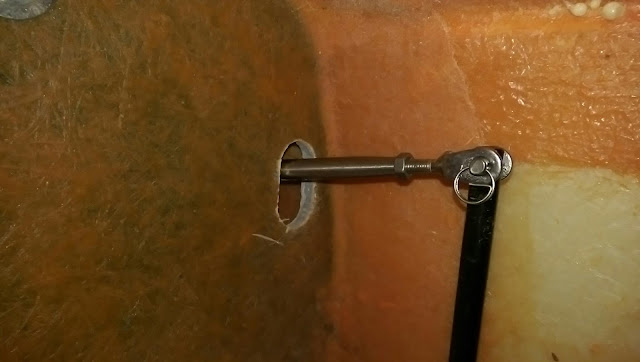 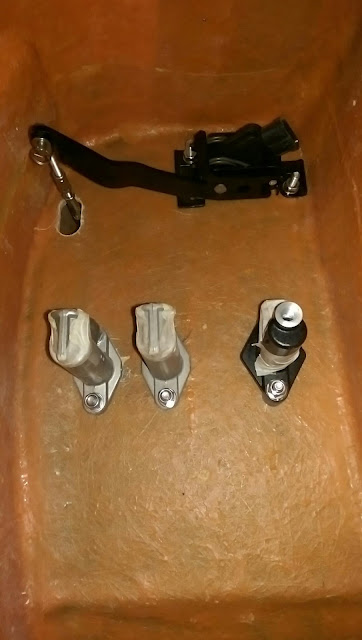 Modified GM pedal in wheel arch compartment, thete is still plenty of room to get the plug in
Posted by Unknown at 07:50