I have been putting off fitting the wipers but it was time to bite the bullet and get on with it so the screen could be removed and stored safely again.

The build manual states that the spindles should be 415mm in from the outside edge of the screen stantions and 5mm forward of the screen rubber seal so these measurements were marked on the scuttle. I then used one of the rubber gaskets to mark the elliptical hole. This left a measurement of 512mm between spindle centres.

I then assembled the wiper motor, bundy tube and gearboxes on the bench after bending the bundy tube to the curve of the scuttle.  The measurements between the spindles on the bench proved to be within a couple of millimetres so I was happy to proceed.

Using one of the outer ferrules as a guide I pilot drilled the holes in the scuttle, gradually opening out up to 12mm.  The holes were finished with a round file until the spindles fit through. The inner ferrules weren't the right angle so needed filing down to match the outer one, which also allowed for enough thread to protrude.

With everything reassembled it was installed on the car, initially with the spindle gearboxes facing forward but the motor didn't seem to want to line up very well so I turned them around and moved the motor further forward on the mount. I'm still undecided on which way is best so may come back to this again later....

The motor is installed on the lateral under dash bar with a strap and rubber pad using M8 bolts. It may need to come ofc again yet as can't judge where the park position is until power is applied. 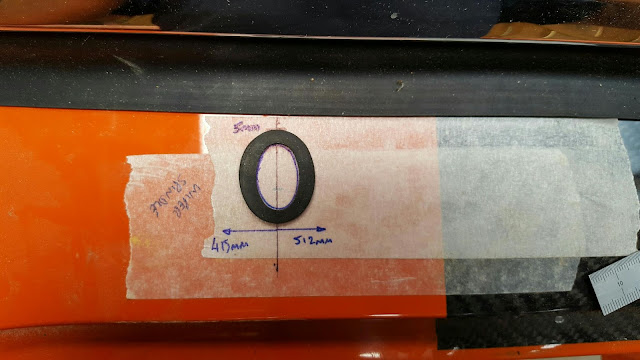 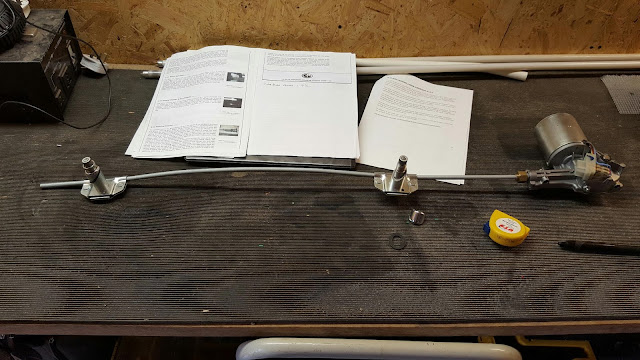 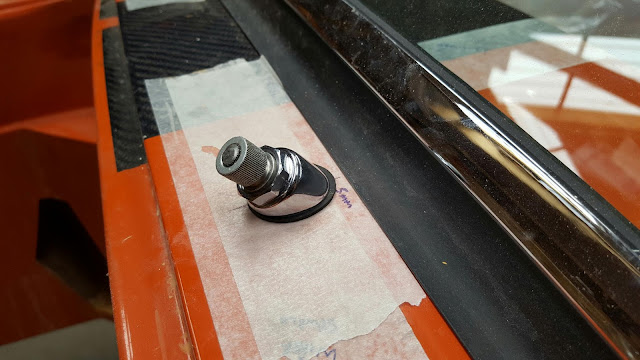 Near side spindle fitted 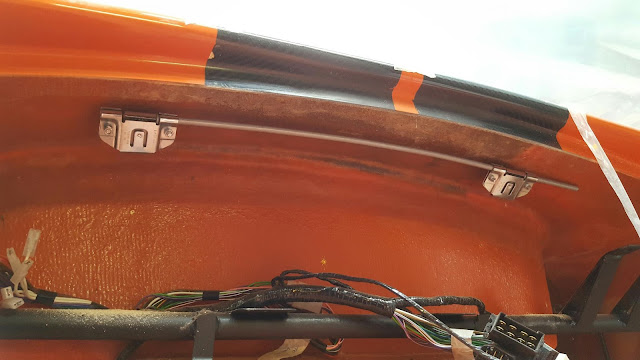 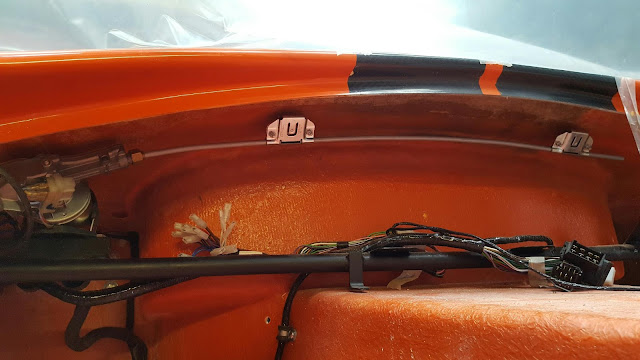 .. and rearward. The jury is still out on which way is better.
Posted by Unknown at 09:17