I had my Son down over Easter so it was the perfect time to tackle the pedal box as it needs a second pair of hands (unless you're a descendant of Stretch Armstrong or Gadget Man!).

The first thing to do was cut out the opening for the footwell extension as this will provide additional access. The extension piece was trimmed around the lip which was pre-marked then offered up to the car from inside the engine bay. I drew around it to mark the extremities on fhe body, then measured in the width of the lip (25mm) to mark the cut lines.

I used an air die grinder to cut just inside the line, final filing will be done once the extension is fixed in place. I then marked and drilled 6 holes in the extension and installed M5 rivnuts. These holes were transferred to the body and drilled, the extension will be fitted later with either silicone sealant or a foam/rubber gasket. 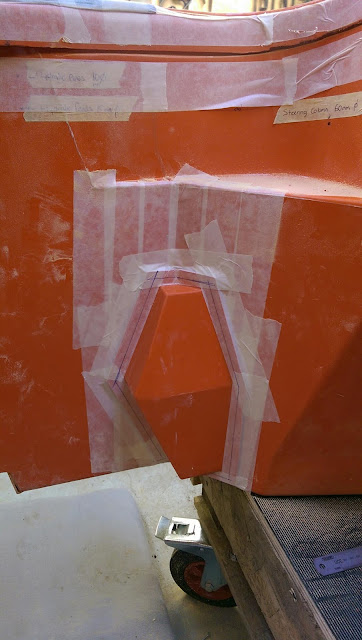 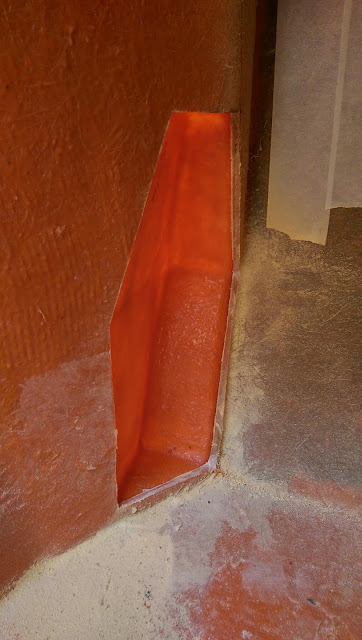 Extension from inside, the edges will be filed to match the profile of later
Posted by Unknown at 09:07