Before I could install the front wiring loom I needed to underseal the front wheel arches and nose cone. I bought Hammerite Underbody Seal from Halfords (I have a trade card :-D) and dug out an old paint brush.

Every edge was masked off to avoid having to clean it off afterwards, this took ages but preperation time is seldom wasted. When I opened the tin I thought I must have a duff batch as it was stiff, I expected it to be like a thick paint that would set hard. It turns out, it's supposed to be the consistency of a paste.

The instructions say to apply with a brush up to 2mm thick however I applied it thinner and will go back for a second coat, hopefully this will give me a better finish. It's quite hard work due to the thickness and working mostly upside down but the front wheel arches and nose cone have been done and the rear arches have been masked off ready. If I have enough left after that I may do the rear axle tunnel too.

I also bought a spray can of Hammerite Stone Chip Shield which I used for the lower sills. 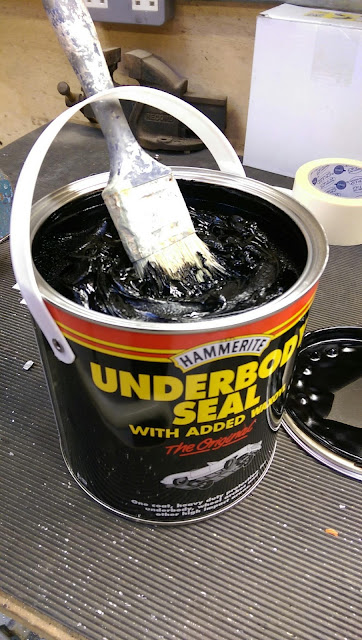 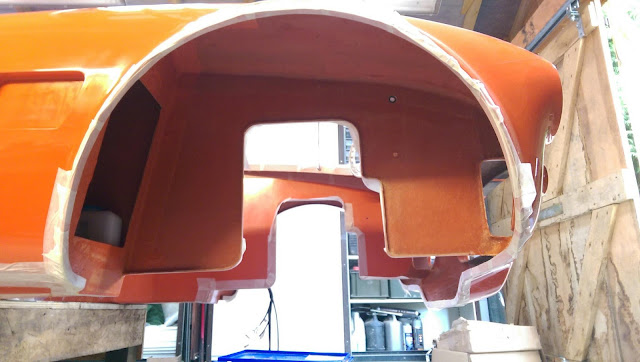 I went through quite a bit of masking tape 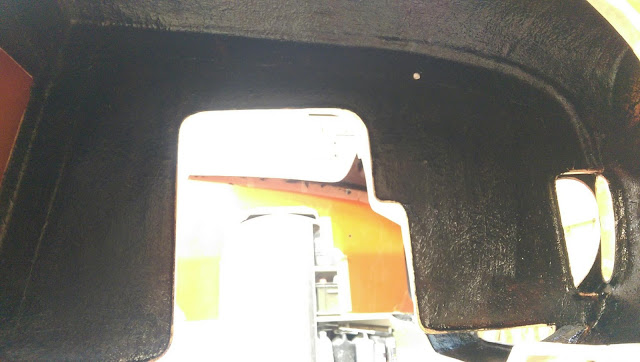 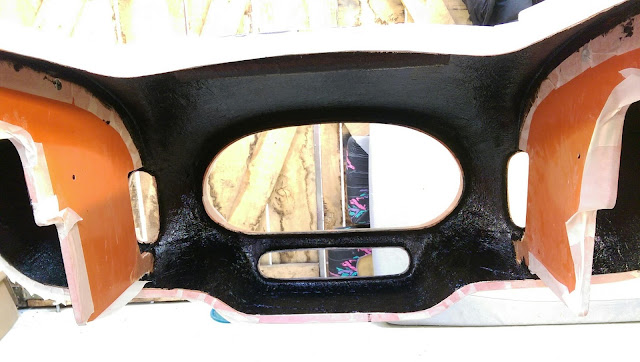 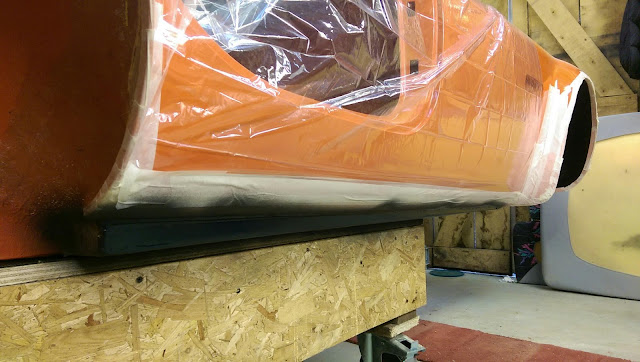 Sills sprayed with two coats
Posted by Unknown at 09:13