I never really wanted a Cobra with loads of shiny Chrome as I'm trying to build a modern alternative, but didn't think there was any other option for certain things such as the windscreen so just settled for it.

After recent discussions with fellow builders, I have decided I am going to go 'bling free' after all. The chrome/shiny bits I already have are:
- Windscreen frame and stanchions
- Fuel filler cap
- Headlight surrounds
- Wiper spindle ferrules
- Wiper arms and blades

The wiper arms and blades haven't been fitted so I will see if I can return them to GD and I'll buy black ones, I think Classic Mini ones fit.

I have made enquiries with a few local powder coaters and the consensus it that Chrome can be coated after being shot blasted to ensure good adhesion, and cheaper than I was expecting too.

I now needed to remove bits from the car, the headlight surround and wiper spindle ferrules just unbolt and the Aston filler cap needs a couple of roll pins knocking out but the tricky bit was the windscreen.

The powder coating process involves oven baking which isn't good for the rubber seals which meant the glass had to be removed and after speaking with Brasscraft (they make all the UK Cobra screens) I was assured it was possible.

The frame is made of two sections, the lower bit that sits across the scuttle and the rest. These are held together by 2 flat head screws at the bottom of each side. A sharp flat object needs to be run around between the seals and the glass, I used a 6" steel ruler. I then used a flat head screwdriver to prise the lower corners apart, I could then gradually ease the two sections apart.

The top frame is more difficult as it wraps around 3 side so there is more friction in the seals, I had to resort to a nylon faced mallet here! Whilst holding the glass, I lightly tapped the corner of the frame outwards each side, then upwards from the bottom.

This process was repeated gradually each side until I could pull the frame off the glass, thankfully with everything still in one piece. Now the seals can be removed for reuse when it all goes back together. 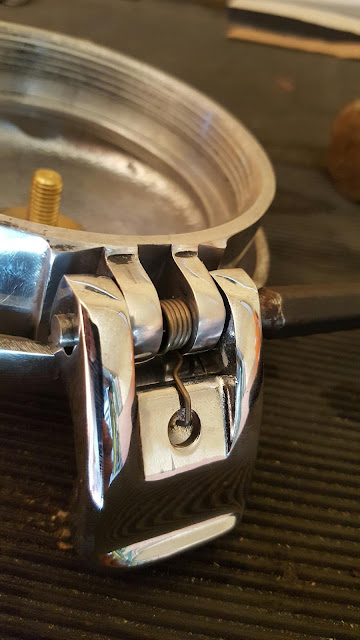 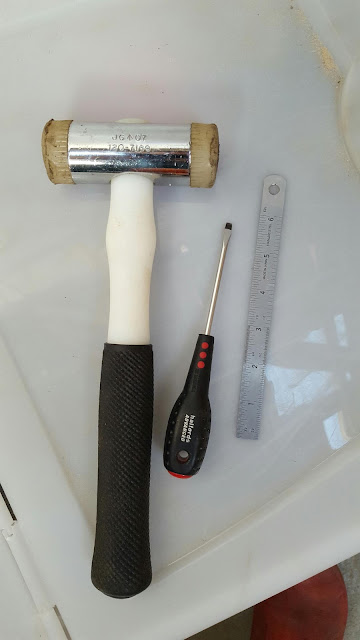 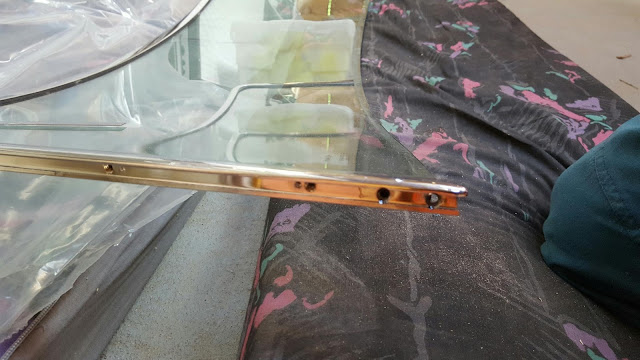 This shows the two screw holes at the lower edge on each side. I'd already removed the lower frame before I remembered to take pictures. 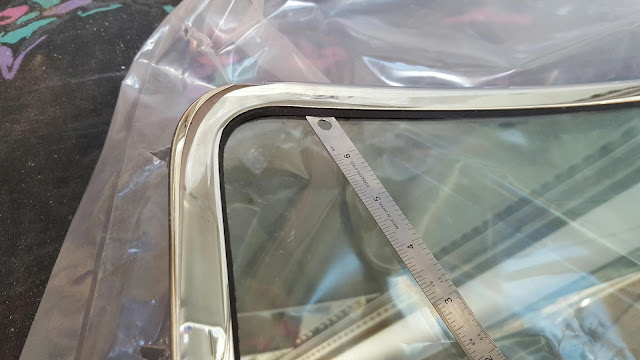 Prising the seal off the glass, a Stanley blade would probably have been better in hindsight. 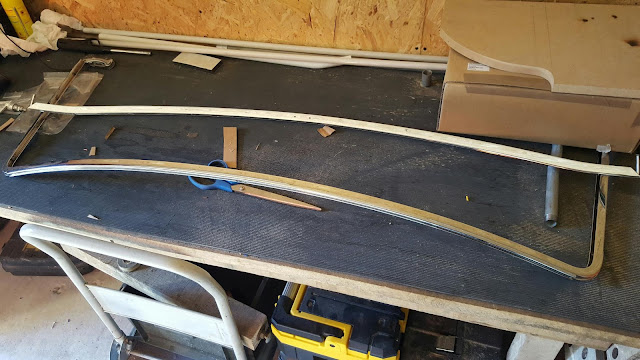 Two parts of the frame ready for the powder coaters
Posted by Unknown at 22:51