I had been putting off the side repeaters as I couldn't decide which ones to fit until seeing some LED ones on the GD stand at Stoneleigh. They come with a black rubber grommet and optional chrome surround and I managed to pick them up at the show from CBS.

Fitting these is very straightforward once you've decided where you want them. Some people place them towards the rear above the louvres but I chose to put mine further forward.

I placed 25mm wide masking tape along the top and forward edges of the louvre opening, then another strip above and one behind. Where the tapes overlap creates a diamond shape above and inline with the forward edge of the opening.

Drawing a cross to join the opposing corners of this diamond gave me a centre point to drill a 20mm hole. Once the edges are cleaning up the side repeater just pushes in. I've order some two pin Econoseal plugs which I'll install later.

Repeat for the other side, all in about 20 mins work. 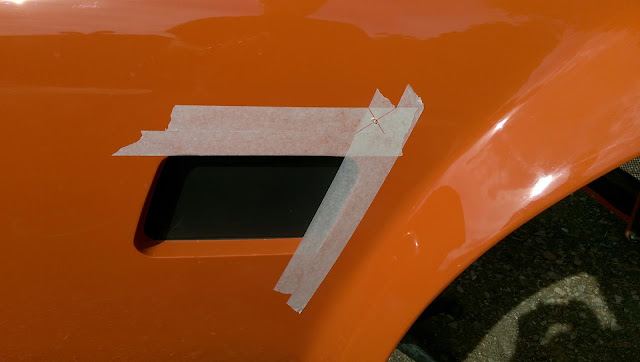 Taped up and centre point marked 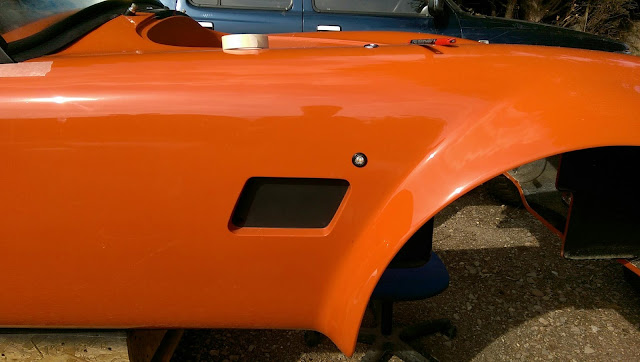 Side repeater fitted
Posted by Unknown at 08:11

Email ThisBlogThis!Share to TwitterShare to FacebookShare to Pinterest
Labels: lights