It's been quite a while since my last post and progress has been slow of late, but has still be moving along steadily. Not much has happened with the body as I have been concentrating on the engine and drive train, there are two major challenges with this:

Engine Wiring Loom
To cut a long story short, I managed to compile a comprehensive list of pin outs for my ECU using a selection of wiring diagrams from various sources (some in Japanese!).

This allowed me to strip out all the unnecessary wiring (power steering, traction control, ABS, aircon, auto gearbox etc) and install a few relays.

I was then able to start it up on the hoist to prove everything; especially the OEM Lexus immobiliser, was working. Voila, it worked and sounded fabulous with out any exhaust fitted, I needed ear defenders!

The loom will be tidied up and rerouted once the engine goes back together.

Manual Gearbox
As I mentioned in a previous post, the Lexus UZ family of engines were never available with a manual gearbox so there is no direct bolt on replacement for the 5 speed Auto. Although briefly considering keeping the Auto and making it 'Flappy Paddle', I have decided I will have to vet a machine shop make an adapter plate.

There are already some off the shelf adapters for BMW and  Toyota gearboxes, but the ratios don't suit the final drive so I have opted for a TKO600 instead. A man called Roger; formally of Thor Racing, but now of SJ Performance Engineering has a lot of experience with these engines and is the only person I can find to has mated a 1UZ to a Tremec gearbox before so I'll be catching up with him on Tuesday.

With the wiring loom removed I now started stripping the rest of the engine for cleaning and painting, I'm not going to bother with the internals so the heads will stay put for now but pretty much everything else has come off including timing belt and water pump which will be replaced. 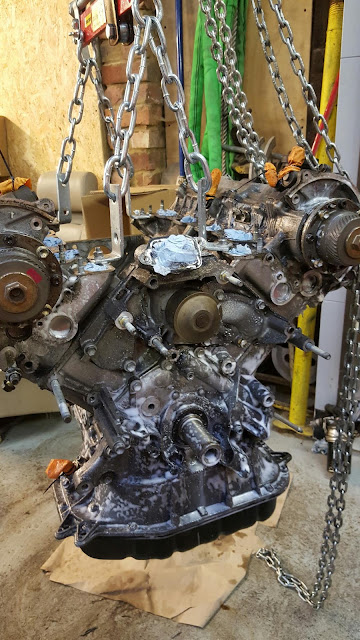 Engine with timing belt and pulleys removed but water pump still in place. A good spray with degreaser needed, especially the valley area which was thick with grime. 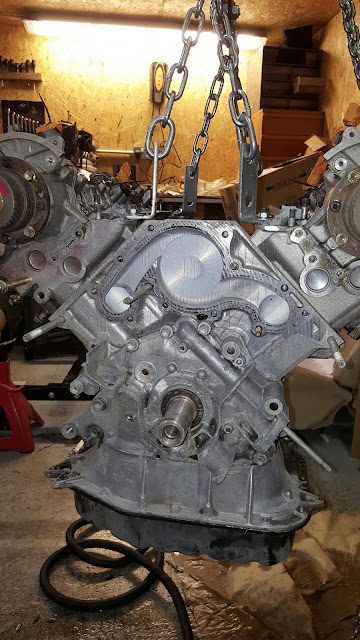 Now with the water pump removed and half an hour with a steamer and wire brush. Just got the rest to do now! 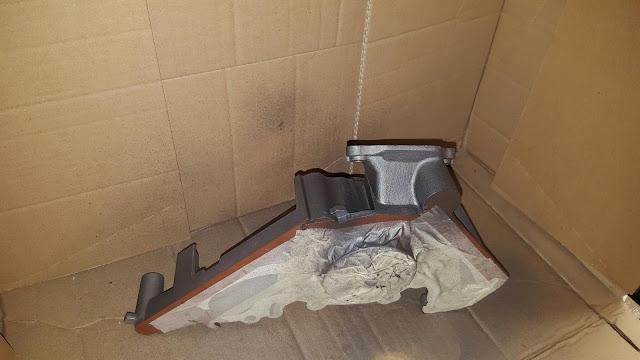 New water pump painted Graphite Grey, the top bit will be visible when all back together.
Posted by Unknown at 20:06