Boot
I though the boot would be as simple as the bonnet, how wrong was I! The body in general is much weaker than at the front and there is a much smaller return to bolt to. The rear struts are also from WDS but are 6mm diameter, 200mm stroke and 450mm length (502mm with the ball joints).

I first started off making an aluminium support bracket 60mm long but this proved to not spread the load enough so I made a longer one. With an 'L' section strengthener, the rain gutter around the boot opening reduces the 20mm lip even more so there is only just enough left to get a nut on the back.

The strengthener was bolted to the lip and the lower ball attached. The upper mount was much the same as the bonnet but the brackets had to be filed and bent to match the curve of the boot lid. The same was repeated for the othet side and the pressures adjusted, although I'm still not 100% happy with how it's turned out so may revisit this at a later date. 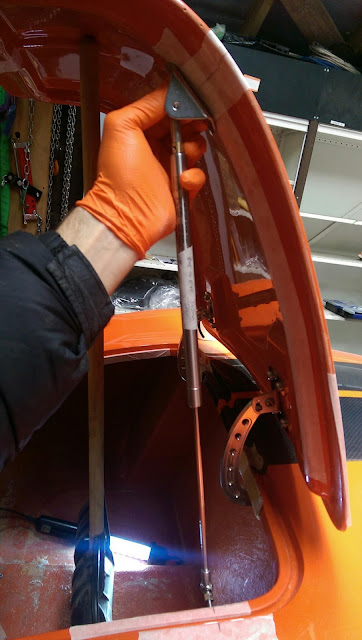 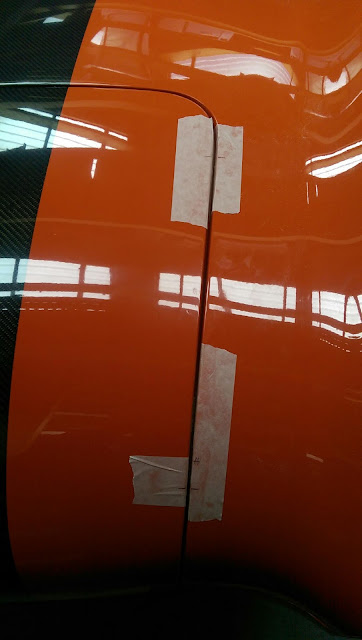 Marks transferred to outside to check clearance 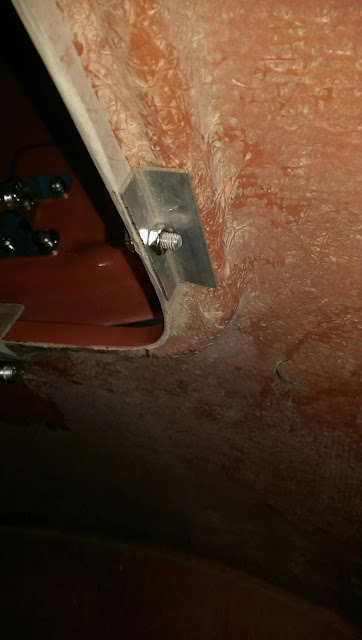 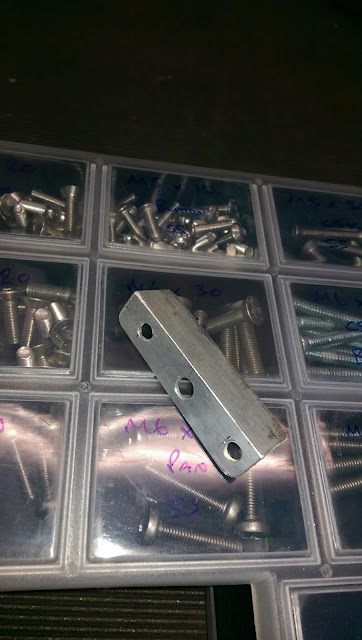 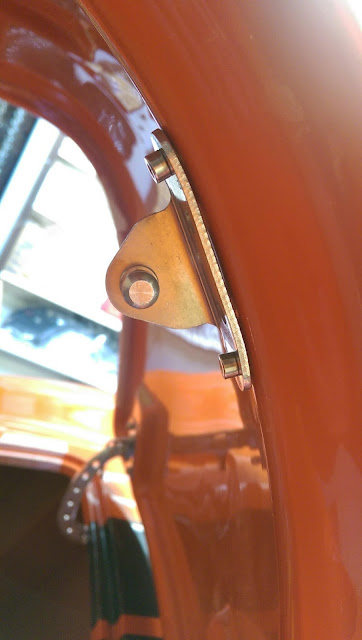 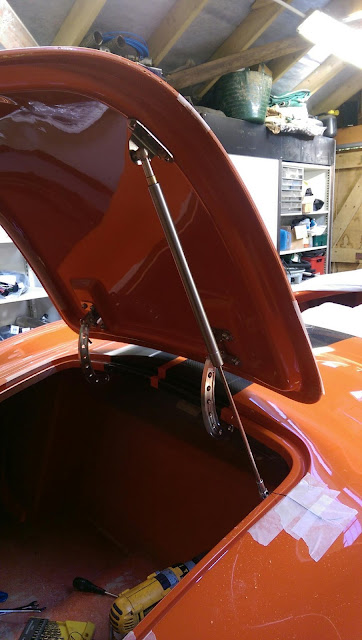 I used a similar method to transfer the lines across as I did with the bonnet
Posted by Unknown at 15:18