The first thing I did with the boot lid was to file down the edges to get the worst of flash line off, the edges will need gel coating, sanding and polishing but that's for another day. I did slip a couple of times and scratch the gel, hopefully these will polish out!

I then cleaned out the 8 hinge mounting holes in the boot lid with an M8 tap as also the 2 pivot holes on the underside of the boot ceiling with an M10 tap. I also had to remove a bit of excess fibreglass around these with a file.

The wire for the number plate light is already installed between the skins of the boot and a hole is already made in the right hand hinge mounting which I opened up a bit to be able to hook the cable with some bent welding wire and grab it with some needle nose pliers. This was also repeated at the other end where the light fits.

I have used the billet alloy hinges and they are a thing of beauty. With these there are 2 angle brackets which were bolted to the boot lid with 8 button head bolts, the hinges then bolt to these with an M8 and M6 button head bolts which are used for height adjustment later.

The fixing pack comes with the same brass bushes as provided with the standard hinges but these need cutting down about 10mm to fit the billet hinges.  I put the bush through the hinge, marked with a fine point permanent pen and cut just outside of this line. This leaves the bush slightly proud of the hinge.

With the boot and hinges assembled, I then offered it up to the hinge mounting points within the boot space (it's easier with a second pair of hands!). The bushes should be inserted from inside to out so they are between the hinge and mounting hole, then just screw in the M10 bolts.

The hinges can then be adjusted for height by loosening the bolt that goes through the banana slot slightly until you get the desired height and shut line. My lid was sitting slightly to the left so I inserted a washer between the right hand bush and body which brought it more central.

I also fitted the carbon effect number plate light but it looks a bit tacky next to the real carbon stripes. I have a friend who makes composites for F1 who is going to make me a proper carbon cover for the lamp. 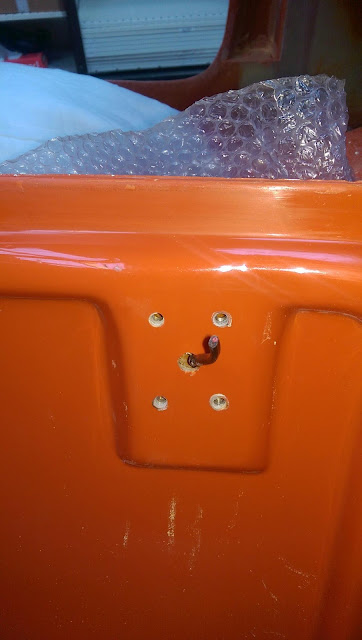 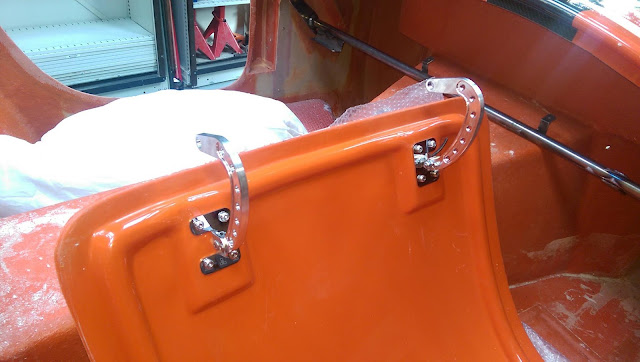 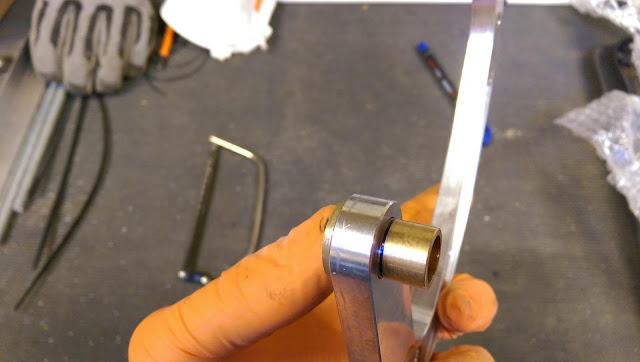 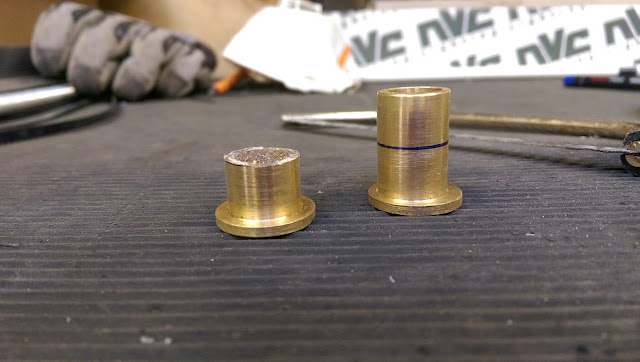 Brass bush, before & after 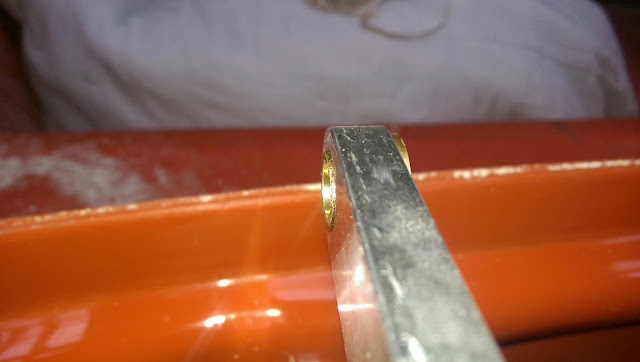 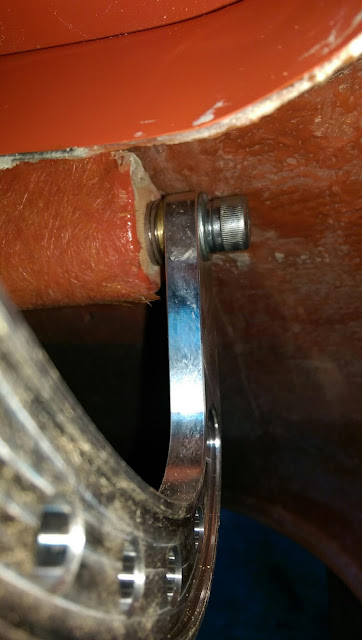 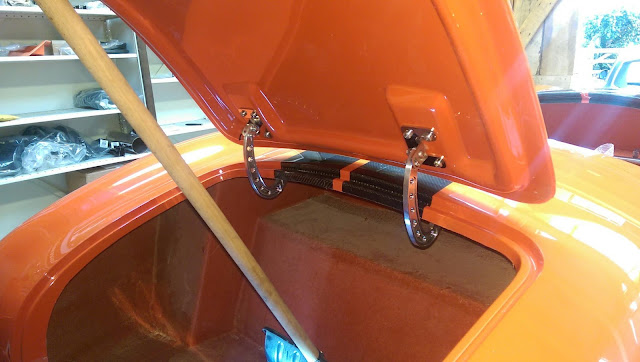 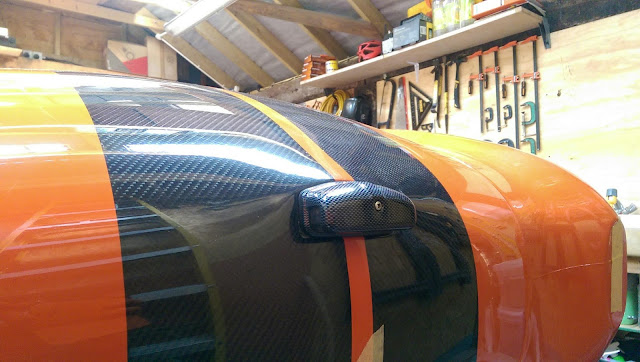