I should hopefully be picking up the body on 28th Feb so it's time to make sure the garage is ready to receive it.

I bought a new Halfords Industrial tool box (in orange of course) to properly organise my tools and also free to cupboard space for storing the many Cobra bits which will soon need somewhere to live.

Tonight I decided to build a skate for the body to sit on and used Dale's blog as a starting point, but just used what timber I had lying around rather than buying new.

1. I placed the plywood on the floor and cut some of the OSB to form a box the same size as the plywood.
2. The 5" square posts were then placed in each corner and fixed to the OSB with drywall screws from the outside.
3. The 3" square posts were cut to length and placed around the edge in between the legs. I then screwed through the OSB sides and plywood top in to these. The 5th one was placed acros beneath the join the ply.
4. Two strips of OSB were fixed across between the feet.
5. The casters were then screwed and bolted to these cross pieces. 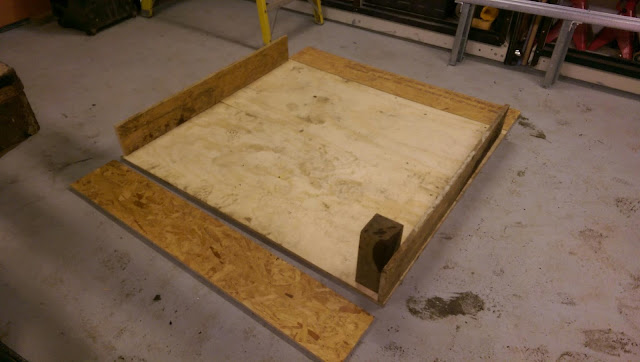 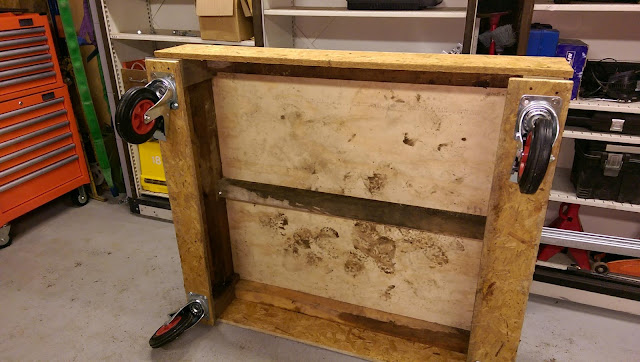 Here you can see how the 3" square posts were used 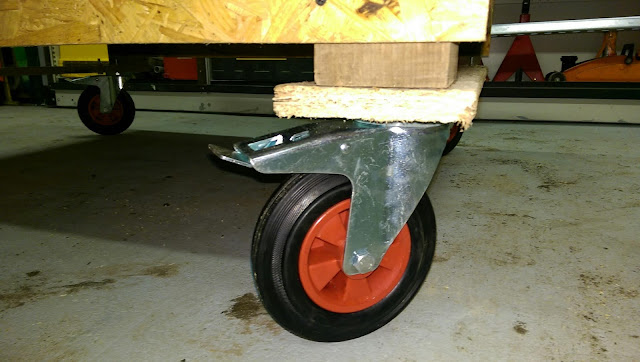 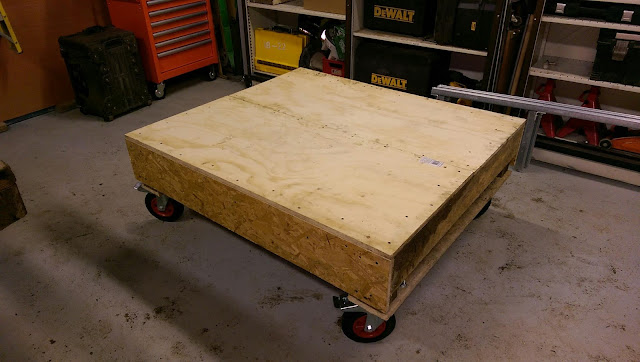 Almost finished, just waiting for some 3mm ribbed rubber matting for the top
Posted by Unknown at 21:27